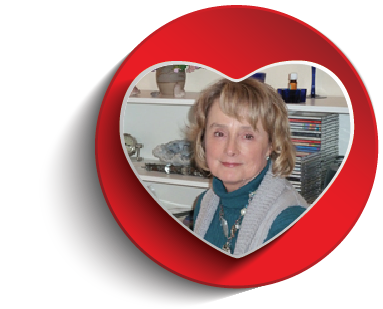 Nicky Benson is an experienced and talented Resonance Repatterning Practitioner based in the north of Johannesburg, South Africa.

Nicky’s journey into the healing arts began at the age of 45, after a five-year spell of Myalgic Encephalopathy or “ME”.

Like many before her, after her trial Nicky discovered the world of healing principles and along with it, a whole new life philosophy. Along with this came the urge to spread the word and Nicky trained first as an aromatherapy massage practitioner, and a year later as a reflexology practitioner.

While working with her patients, Nicky found that many of them were moving and growing towards a fuller and richer life, making significant progress where they’d previously been stuck, branching out in unexpected directions and living lives that were more balanced and full of peace.

At the same time, Nicky was enjoying incredible new meaning in her life, with the complete feeling of that she was truly fulfilling her destiny.

At the same time, Nicky felt moved to further explore her own spirituality and growth, becoming fascinated with the Flower of Life course which opened her eyes tot he antiquity of many of our modern belief systems.

One of Nicky’s main awarenesses during this time was the fact many of the therapies she was practicing were in fact ancient traditions designed to bring people into a state of peace and optimal well being.

She also discovered that her own sense of joie de vivre and serenity was vastly improved every time she treated someone, which she says made for a very intoxicating period in her life.

At this point she stumbled across Resonance Repatterning, then known as Holographic Repatterning, which she realized was an enormously powerful and beneficial process for creating positive change in somebody’s life.

Nicky is certified as an Internationally Recognized Resonance Repatterning Practitioner.

Over the last 15 years, Nicky has been integral in helping a large number of people create the shifts they want to see in their relationships and lives.

The results of Resonance Repatterning sessions has truly been phenomenal, and Nicky comments that she is always blown away by the power and accuracy of the system, which is simultaneously gentle and non-intrusive.

As she has done for so many others over the years, Nicky looks forward to helping you on your journey to enlightenment, a better world, more peace and love.